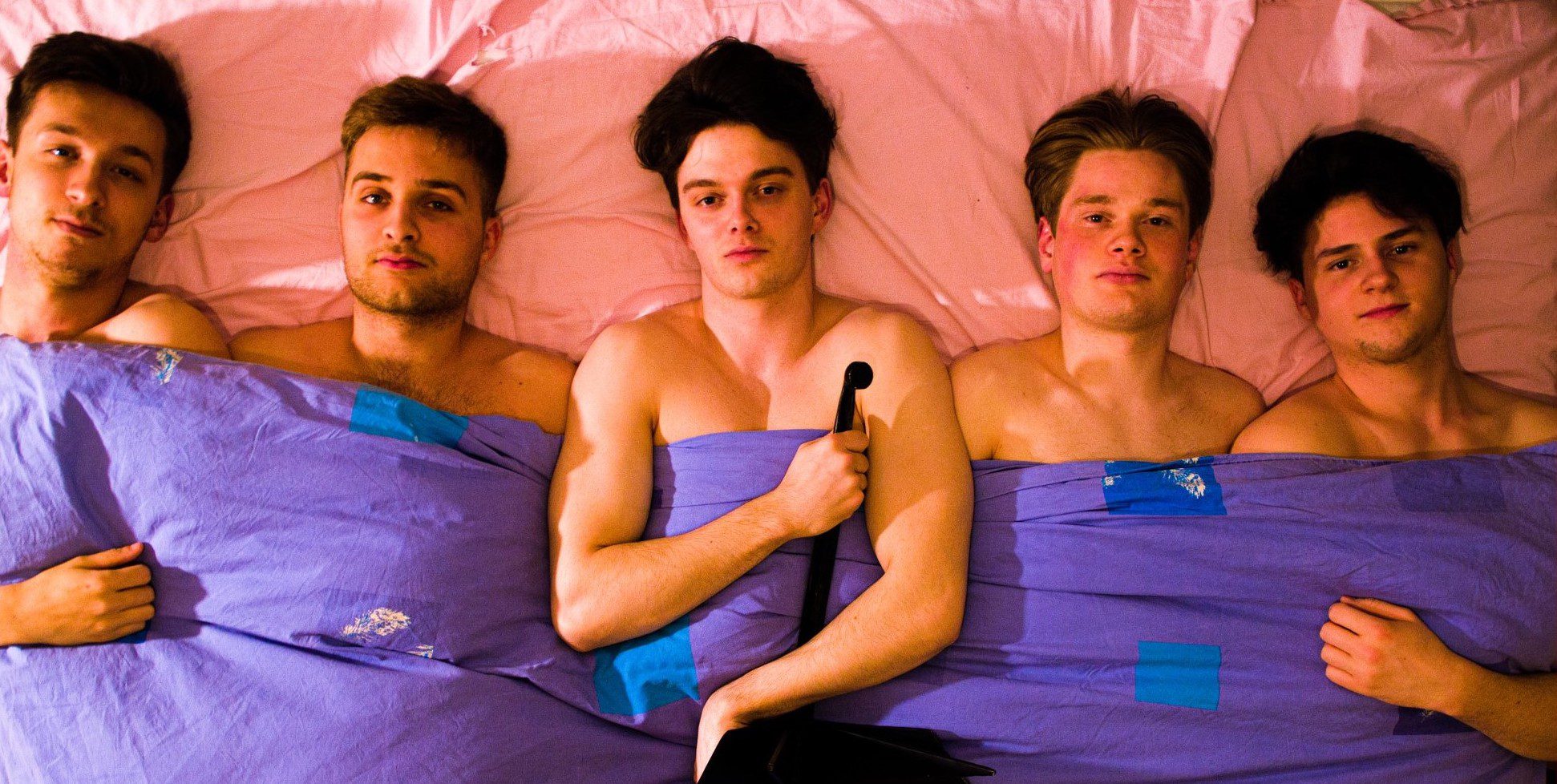 Meet the ‘breath of fresh air’ to the heavy and dark Faroese music scene. TeleMama took part in the annual music competition, Sement, in the year 2021. They sought out to bring a positive and upbeat style of Indie Rock to the scene. With their sound inspired by household names like Arctic Monkeys, The Strokes, and also more recent outfits such as Her’s, Mac DeMarco, and Boy Pablo, the lyrics delve into lighthearted subjects of love, lust, having fun, and nights out in the capital of Tórshavn while also touching on more serious subjects such as depression and identity crisis. The main goal being the importance of relatability while still remaining excitingly original.

Only a few months after their performance at Sement, TeleMama were named as part of the line up at the annual G! Festival 2021. With more material in their arsenal, the boys were left disappointed after the cancellation of the festival due to the pandemic, but they kept their heads held high, played some gigs and spent time in the studio. Now they are looking forward to releasing their first single in January of 2022. The single, with the name Identity, is a part of an EP set to be released in May. The EP, bearing the same name as their first single, brings hope of finally having an ordinary summer with fun and games after a drawn-out pandemic. TeleMama hope to have lots of performances while writing even more music, making a statement about the Faroese Indie scene and its importance in a climate in which frequent storms and darkness reign.

You can find out more about which cookies we are using or switch them off in settings.

This website uses cookies so that we can provide you with the best user experience possible. Cookie information is stored in your browser and performs functions such as recognising you when you return to our website and helping our team to understand which sections of the website you find most interesting and useful.

Strictly Necessary Cookie should be enabled at all times so that we can save your preferences for cookie settings.

If you disable this cookie, we will not be able to save your preferences. This means that every time you visit this website you will need to enable or disable cookies again.